Hope for Single Moms was born out of personal experience, walking alongside our daughter. She became a single mom after her freshman year of college, She did not return to college in what would have been the Fall semester of her sophomore year. Instead, she stayed home to have her daughter and care for her. The following fall she moved to Kentucky and my husband and I planned to help with expenses to get her on her feet. What we saw was the many challenges of single parenting and the struggle to provide well for herself and her daughter. We saw the need for her to continue her education.

We offered our daughter the opportunity to go back to college. The change we saw was dramatic, as if a weight had been lifted. She now had HOPE for both her and her daughter’s future.

That dramatic change really impacted me. I kept thinking that there had to be other single moms who felt the same way, had the same needs and some probably had parents who wouldn’t, or couldn’t financially help.

God pursued me to help single moms. He wanted us to do for other women what we had done for our daughter! And so began a journey almost three years ago on how we could do that.

Our daughter graduated from Eastern Kentucky University Class of 2016 from the Honor’s program, Psi Chi honors society, and Tau Sigma honors society with a Bachelor’s of Science in Psychology on December 17, 2016… Ashley’s 5th birthday! 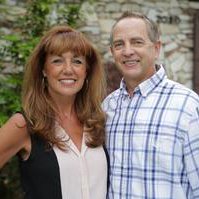 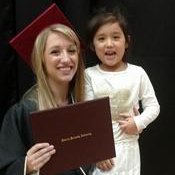 Loneliness and isolation make single parenting even harder. Our evening study halls help you connect with other student parents and give you the freedom to study while we help care for your child/ren. We connect you with single parent events.
[

After you find out what government assistance you qualify for, we help you find finances for your unmet need. This includes raising a Dream team of financial support. Education and Life Assistance have the same info under them.
Fighting poverty & childhood hunger in single mom families.
Contact Us