Is it hard to parent and go to school? Absolutely!

These women did it. So can you!

But first, let’s talk about the various success milestones that occur on the student parent journey.

These successes lead to the next phase and the next.

All these successes are your Cinderella story.

Where are you in the process?

Hope for Single Moms is not a quick fix to helping single mom families move out of poverty. It takes a minimum of two years from our inintial consult where we develop a career goal and a path to attain it. It involves applying for school, for financial aid, for social services and then, raising a team of support to address the unmet needs. Our goal is to minimize the loans our families need to take to accomplish their goals.

We are so proud of Jasmien. She did a four-week training with Spring GR. Then, she was accepted into their twelve-week program. Spring GR empowers underserved entrepreneurs to develop the necessary skills to build strong businesses and bring their ideas to life. In short, Giving Business Owners The Tools And Connections They Need To Succeed.

In Jasmien’s case, she wants to own her own salon. She is currently doing amazing and fabulous hairstyles! Some take her four hours to complete! Four hours of standing on her feet! She is also selling Monat hair products, available at the salon and online. Follow Jasmien on Instagram at jmonae_creations_llc/

She will continue her training with Spring GR, as well as become an affiliate under Hope for Single Moms with the GR Chamber, continue working and raising three children. 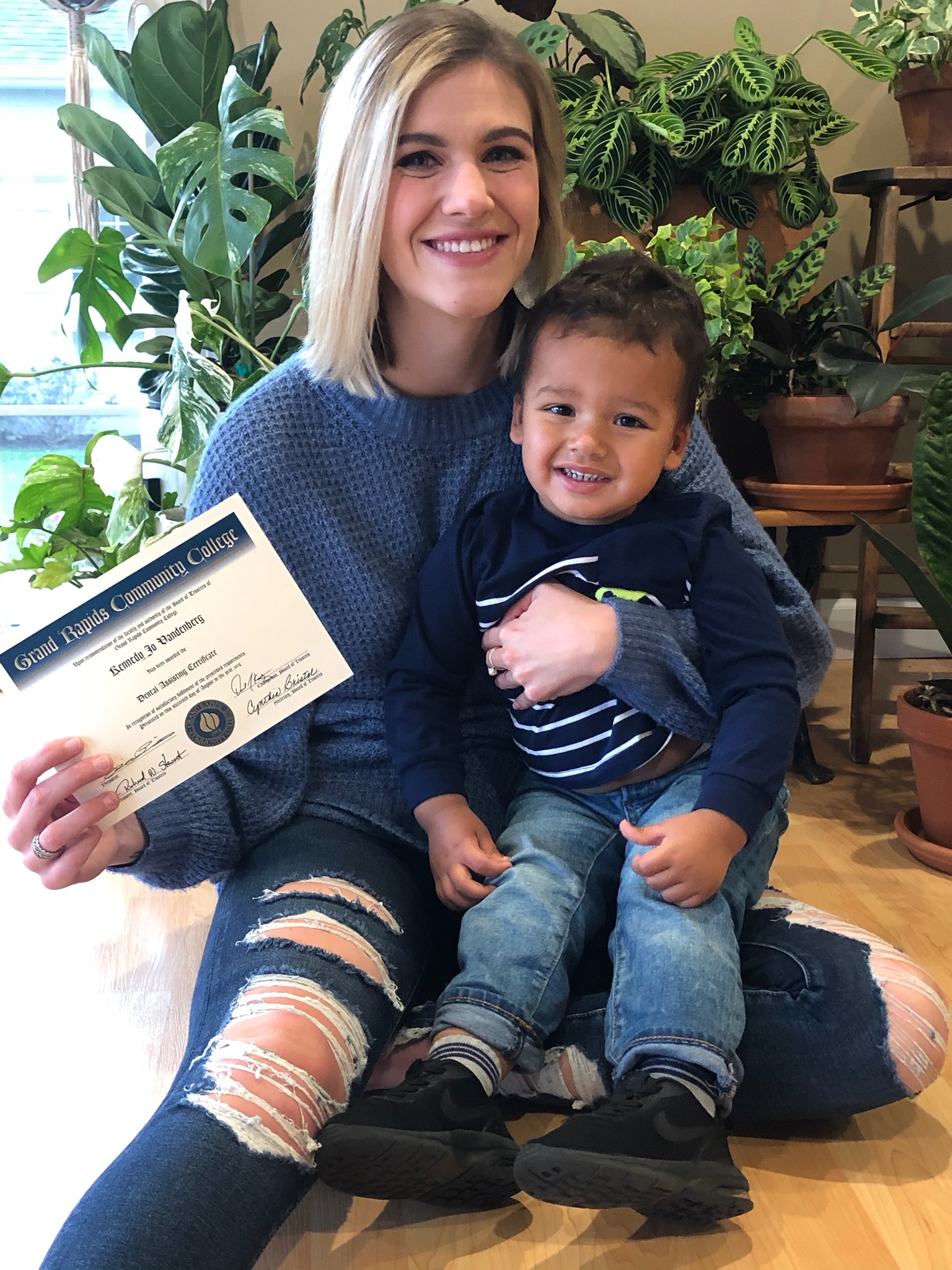 Kennedy chose to work as a server and save money before Knox was born on July 12, 2017. Rather than immediately return to college that fall, Kennedy continued to work, so she could spend more time with her newborn son.

Hope for Single Moms prepared for Kennedy’s return to GRCC in January 2018 by getting together her Dream team of financial support. Then, she got the exciting news that she was accepted into the dental assisting program there. School became a full-time job for her.

She and HSM are very thankful for the donor who believed in Kennedy and HSM and donated to meet Kennedy’s unmet tuition need both semesters.

Knox enjoyed daycare at GRCC, where Kennedy got a generous partial scholarship for him. Bringing Knox to school oftentimes meant leaving the house by 6:45 am– a long day for both as they finally headed home between 4 and 5 pm. After Knox went to bed, Kennedy did homework.

Kennedy got a dental assisting job where she did her internship. She has been working full-time since graduation. Knox is four and growing up way to fast. They live in a two-bedroom apartment near work.

Hope for Single Moms is so proud of Kennedy, her hard work and her parenting. There is no doubt on our part that she will have a successful career. 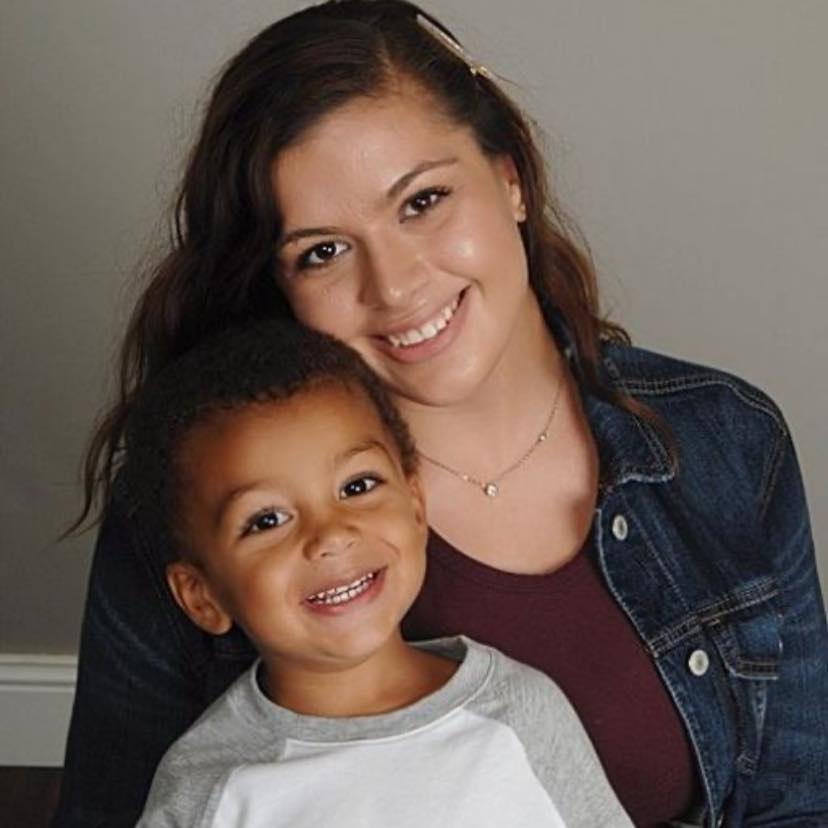 Leslie came to Hope for Single Moms January 2017. She just found out she was pregnant. Her current job barely paid the bills. How could she afford a baby?

A former high school teacher told Leslie about Hope for Single Moms. The first time we met, Leslie was experiencing first trimester morning sickness and was tired. However, we knew she had the foresight and motivation to provide for her baby.

Lincoln was born while Leslie was in school. She took one week off of school. During her week “off”, Leslie not only cared for her newborn son but kept up with her schoolwork. When she returned to school the following Monday, she turned in her homework from the previous week and took several tests.

Becoming a first-time parent is hard. But being a student parent is even harder. Leslie continued to get all A’s, took her certification test and graduated. Leslie’s Dream team of financial support celebrated her achievement with a graduation dinner and gift card for new work clothes.

Leslie received her associate’s degree online while working and caring for Lincoln. 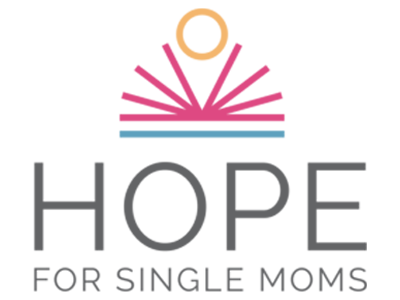